If you wish to get a TV aerial installed or have recently installed one, you’d likely want to know how long it should last and what the average lifespan is. As with a lot of questions, there are many factors which influence the answer to these particular questions. Let’s find out just what these factors are and their effect on how long your TV aerial can last. Or click here for more info if in the St.Helens area.

How Long Should You Expect a Rooftop Aerial to Last? 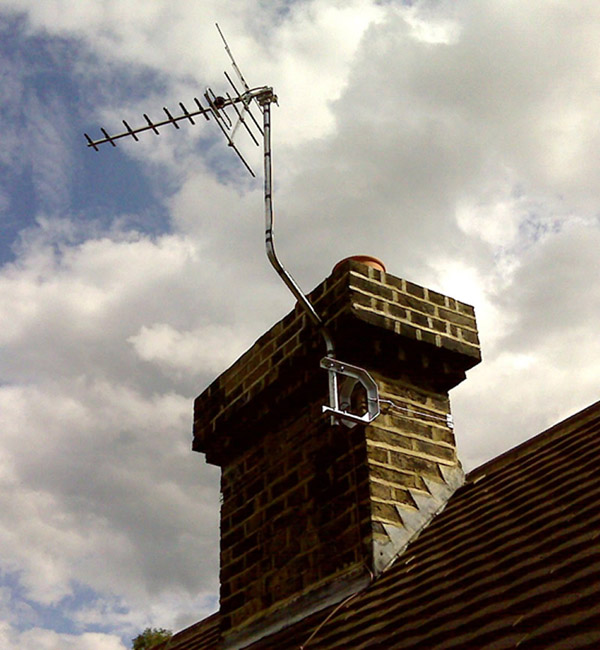 If the aerial has been or is installed by a professional, it should last between 10-20 years. It should be noted here that it is possible for them to last beyond that average. There are people out there still comfortably using 30 year old aerials. In a case where the TV aerial wasn’t installed by a professional, there are many things that could shorten its lifespan. Most times, the cable and fixings tend to fail before the aerial itself does. Here for more info on roof aerials

If you purchased a low quality or  cheap aerial (and antenna parts), whether it was installed by a professional or you did it yourself, chances are it would start malfunctioning pretty quickly. There’s no way it would even last up to 10 years. Some aerials that are available on the market are less than suitable for most purposes. In fact, lofts are the only place they can actually be used. Essentially, the best thing to do is avoid going the cheap route with your aerial installations. Cutting costs would only cost you more in the end.

Attempting to save money on parts may seem like a good idea but it is ultimately not. Here’s why; the equipment installed outdoors has to have the ability to survive gales and high winds. When selecting a TV aerial, it is advisable to stay away from antennas that have Bacofoil like elements. This is because they bend very easily and just aren’t purpose fitted.

Aerial/ Antenna Not Been Fitted Correctly

You could purchase the best quality aerial as well as antenna parts for installation and the lifespan of your aerial may still be shorter than average. There are many issues that can pop up with an installation and here are some:

If you intend to have your aerial installed onto a huge aerial mast so as to avoid trees, it is best to ensure the brackets are suitable for the mast height. A basic rule in such a situation is to have a bracket spacing with at minimum 1′ spacing to support a 6′ pole. If it’s a huge high-gain aerial or radio aerial being installed, have a minimum bracket spacing of one quarter of the total mast height. Additionally, consider using a bulkier diameter mast with a bulkier mast-wall thickness. 2″ diameter poles work great for huge mast heights and they also help your TV aerial reach it’s full durability potential.

This is a widely common issue. If the installer unintentionally overtightened the top ‘U’ bolt (or ‘V’ Bolt) while fastening the aerial in place, this would cause the mast to bend in and mis-shape. It would weaken the mast at that spot, causing the potential for its failure to increase. When tightening U bolts, ensure that you apply absolute caution while handling the top bolt. Try not to use a ratchet spanner while doing this because you might end up over-tightening the bolt.

In the case of electrical storms, your aerial may be destroyed causing it to stop working. When an exceedingly high voltage passes through your aerial, it can totally ruin all the parts. The only way out of this would be to install a brand new antenna and possibly a new coax cable.

For lightning strike cases, your aerial may be bottom priority as other electrical items are highly likely to be affected as well.

In both cases stated above, your installer is powerless to stop it,even if the antenna has been newly installed.

There are so many other installation related issues that could lower the lifespan of your TV aerial. However, they are too numerous to be listed out but here are some:

Technological changes as time goes on can make your aerial obsolete. This has occurred a couple times in the past such as the switch from VHF to UHF as well as the digital switch-over. Unlike most people think, there is nothing like a “digital aerial”, thus your old aerial might have been still good if you changed it in anticipation of the digital switch-over.

There may be several frequency changes or a new huge building may have been erected close to you. These factors would require you to get a satellite dish or a new high-gain TV aerial installation.

For a lot of reasons, installing an aerial in the loft is a poor decision. The loft is usually lower than gable end/Fascia/chimney fixings. This means you would lose quite some height which may be necessary for optimum signal  if you do a loft installation. The signal will also have to go through roof tiles, walls etc just to reach your TV aerial which would reduce the signal force. It could also result in so signal at all. Another point, which is often ignored, is that your aerial will be nearer to multiple interference sources in your home if you don’t install it outside. With a loft aerial installation, you may experience pixelation of your TV pictures when you switch on your cooker or Hoover. This doesn’t mean that outdoor antenna installation will totally fix this issue, it’s just way less likely to happen.

However, because loft aerials have protection against weathering and high winds, they don’t deteriorate fast. This means they can last significantly longer than outdoor aerials.

This website uses cookies to improve your experience while you navigate through the website. Out of these cookies, the cookies that are categorized as necessary are stored on your browser as they are essential for the working of basic functionalities of the website. We also use third-party cookies that help us analyze and understand how you use this website. These cookies will be stored in your browser only with your consent. You also have the option to opt-out of these cookies. But opting out of some of these cookies may have an effect on your browsing experience.
Necessary Always Enabled
Necessary cookies are absolutely essential for the website to function properly. This category only includes cookies that ensures basic functionalities and security features of the website. These cookies do not store any personal information.
Non-necessary
Any cookies that may not be particularly necessary for the website to function and is used specifically to collect user personal data via analytics, ads, other embedded contents are termed as non-necessary cookies. It is mandatory to procure user consent prior to running these cookies on your website.
SAVE & ACCEPT